My driver's license finally expired after 5 years. If you ask me about my driving experience in Thailand, I could count with my fingers of the numbers of time I drove around Bangkok and outskirts. In fact, I hardly drive. Occasionally I would take over my driver's job if I really had to but other than that, I'm always good being the passenger! 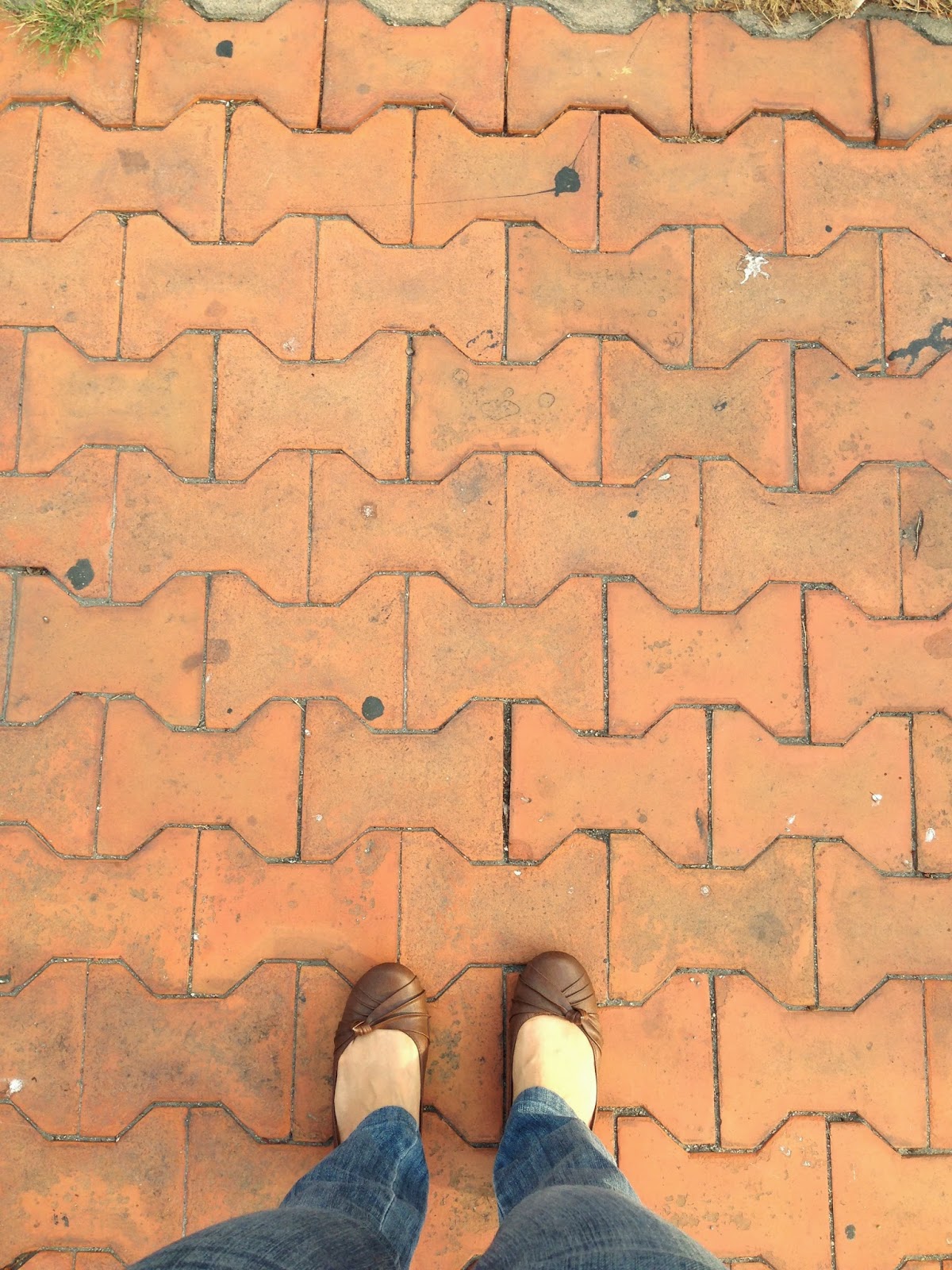 So one Friday morning I took off from work just to be able to get to the Land and Transport department earlier than anybody else. But everybody else was already there by 7am when Hobbit took me to the place. It was getting crowded even before it was open. 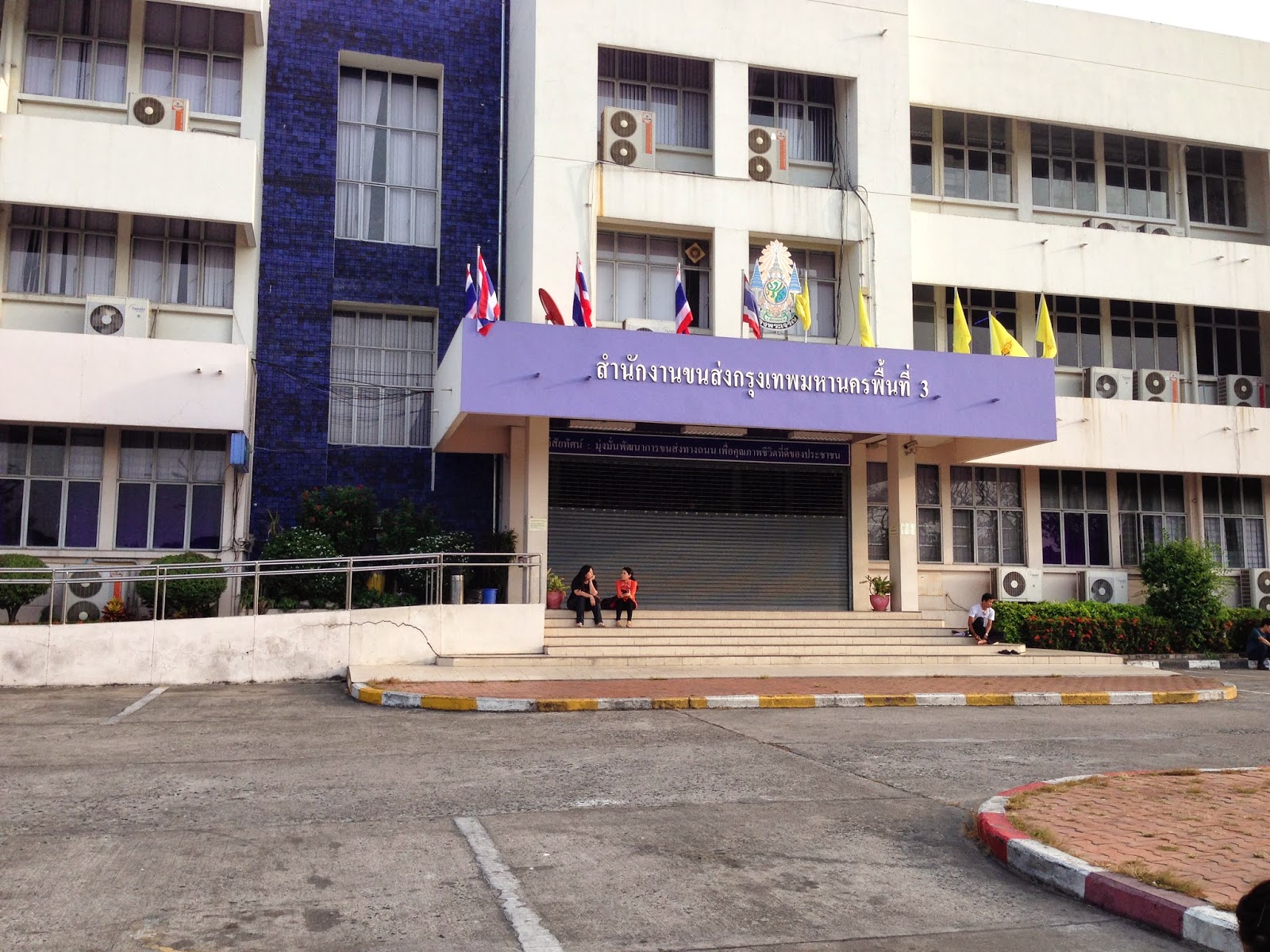 By 7:30am, the officers called us in with a bunch of Thai instructions which I barely could comprehend but the word "kap" at the end of every sentence. Like everyone else, I hoarded towards the door and quickly got in the line. I was excited to only have 2 people before me. 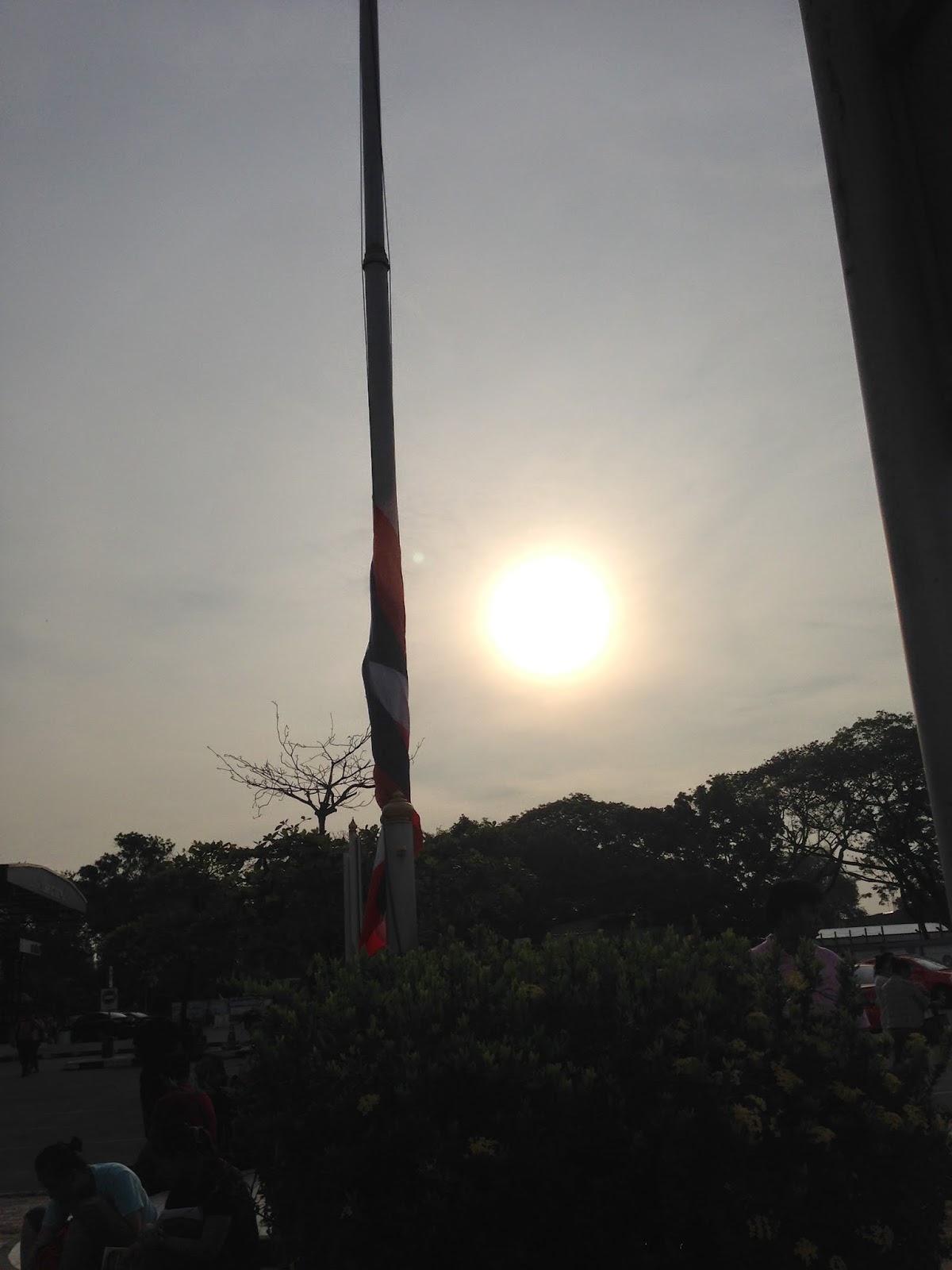 My turn came promptly and I showed them my work permit, passport and my expired license. The flamboyant old lady gave me a look and blurted out a bunch of Thai sentences while at the same expected me to understand her instructions and the directions to where she was pointing at.

I thank God for sagacious mind that I was led by my wild guess to get a piece of form from a desk set next to the entrance door. Then came my perplexity asking myself what in the world was the form all about? Everything was in Thai. So I had to put on my friendly face and asked a lady punk who was standing next to me who was apparently filling in the same form. "Ko thod ka, an ni tum a rai ka?" Then with her 'punk-tonation' she pointed "Name...date...no need.." Okay, so I got the idea. Now off to lining up again.

"Bla...bla...bla...bla...photocopy your passport klap work permit!" Urgh! Now I was shooed off very 'nicely' to photocopy my documents. No one told me this earlier!! I was so close to just abrogate my intention for the day but gut feelings said remember the Nike line "just do it!!" So I got the documents photocopied.

I was up in the line again. This time she gave me a number (no. 30 yo!! See, what happens when you are impaired in reading, writing and speaking Thai...) and I was asked to go into a door with a purple color sign board. "Pai doo nang...bla bla bla!"

Then I went into the 'movie room' and signed up. I was the only non-Thai there. All eyes were on me. In their minds I was a farang because of my name but in their eyes I was probably everything else. I didn't care. The air-cond was blasting and I thought I could doze off before the three tests that I wasn't looking forward to do.  The video lasted for 40 minutes and I didn't missed a thing. All the conversations in the video was done in Thai but there's subtitles in English on everything that was said in the video. After that, we were brief by an officer and he returned our documents with our numbers on it. We were asked to wait for our turns to go into the next room.

So we were all outside waiting and waiting amidst all the 'nicest' odors one could get before we could get into the testing room. While you wait outside, you get to watch how the three 'driving' tests were done. After 30 minutes or so, my batch were all called into the room and we started our 'driving' tests. First, you yell out the colors that were projected on the wall (you can either do it in English or Thai), and then do the parallel parking simulator by pressing down the break when the signal turns red. The third one was to test if you can tell the three traffic colors using your side eyes while focusing straight in front. I did them all with flying colors and in Thai. So proud of myself saying leang, deang, keaw!! Haha! The officer signs off your paper and you could move on to wait for your license outside. 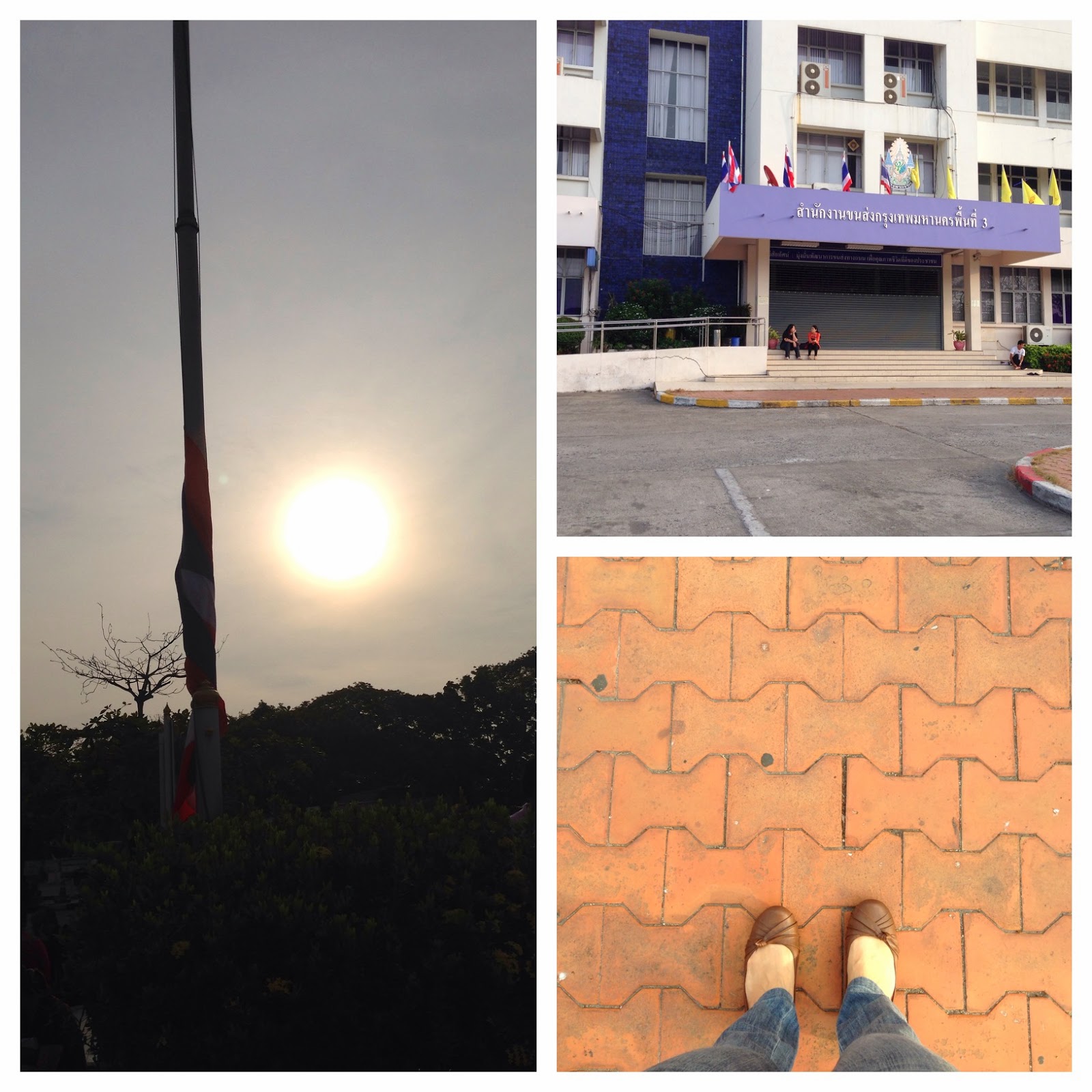 I smiled on the camera and paid 600 baht. Finally, another five years before I come back again. Thank you, Land and Transport Department of Thailand.
Posted by Hobbit Wife at 3:27 PM