Beyond a Toyota Conversation

My student's father owns a Toyota company and operates a Toyota showroom. We had a conversation one day about what is the best car to own in Thailand. I told him that I am currently a Honda fan and nothing can entice me unless I get to test drive the car. So obviously he was trying to buy me into liking Toyota and wanted me to change my current car. Yes, we argued about the pros and cons on both big names, but we also agree to disagree. And I really thought the conversation would stop there. 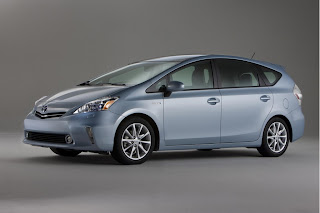 When I got home from work, I started to get Whatsapp messages. I thought it was one of my friends. Then when I look and read, it was my student, the one who had a Toyota conversation with me earlier. He was trying to persuade me to trade my Honda to a Toyota Prius from his show room. I thought he was kidding but he told me he was not. I was flabbergasted! Then he went on and talked about toyotapartshub.com for toyota factory parts. How do you handle this kind of conversation? Well, I told him that I have no intention or whatsoever to change my current car and thank you for your discounts! :) Yes, he said he would get a big commission if he could help his father sell a car. I knew he needed the money but hey, I am such a poor teacher! Yet, I no doubt am proud of him for being such a business minded boy!
Posted by Hobbit Wife at 11:04 PM