They say "life is fragile" and I have been observing how true it is when three helicopters crashed in close proximity in the span of 9 days while trying to rescue each other, the horrendous Oslo shooting that alarmed the world, the Thai street sweeper hit dead by a wreckless student driver on the phone while diligently working and of late a singer who shares the same name with the surname of Winehouse reported dead for unexplainable cause. Reading news feeds has never been a prayless duty nor a seize of 'OMG' to say the least. 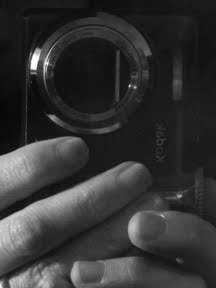 As I started my day today, I went into a little meditation which I rarely do for the sake of 'early to rise' and did a little unrolling of the past, present and future films that depicts on mostly uncertainties and over exposed rolls. I asked for extra blessings and a sturdy hands of the Photographer to lead and guide. Am gonna take care of the custom challenge coins!

Hope is never dim with His awesome flashlight of assurance.