It has been two years since the last time I see her.
I was surprised to receive her call a week before the Songkran holiday started. We talked and all of a sudden she told me that she was coming. She used to come during Songkran break just in time for my birthday and I recall many fun birthdays she and the Lampadans celebrated for me. This year, she is here for a meeting but she said that she is coming a week earlier as so to be able to catch another birthday celebration. We sure did celebrate another one together! :)

On April 09, 2010 we drove past the bustling Songkran traffic jam all the way to the airport to see her. The moment she appeared right in front of us at the airport I thought wow! She looked good. As how she is known for, she joked and said that she went on the ellipticals a thousand times to achieve that! Haha! Well, after dinner she left with the Lampadans to AIU and we made plans to meet during the holiday week.
On April 11, 2010 we drove through beautiful villagers that brought us all the way to Saraburi and to AIU. The traffic was still crazy and it took us about 3 hours drive up. We were supposed to go out to celebrate but it was kinda late and so the four of us including Chrystal and her decided to have our favorite beef balls noodles at the food market in Muak Lek. 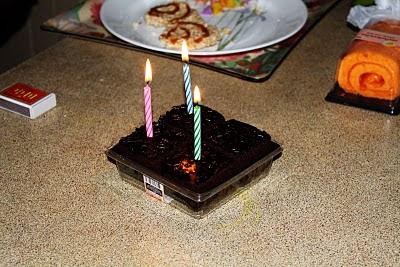 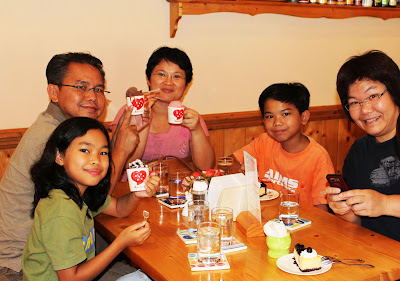 My family friend.
The next day before Hobbit and I left for Kanchanaburi, we went to Diary Home for ice-cream and cake to celebrate and had a good time. I love the free cups. Order an ice-cream for about 55B-60B and get two scoops of ice-cream in a cute cup and later on exchange the cup you have used to the cup of your choice at the counter. Great business strategy.

We have been having good times with her for a week now and tomorrow she is going to attend her meeting. We don't know when will be her next visit but surely if God is willing, we will meet again soon...in Sarawak I hope! :) 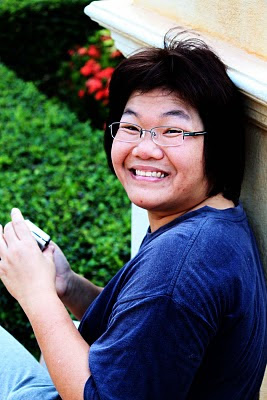