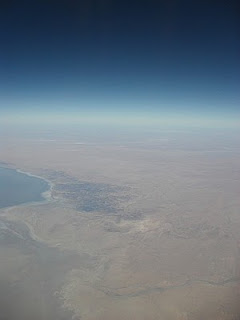 I was half awake when I heard the announcement to straighten our seats, fasten our seat belts and make sure that the window blinds are open. I did just as told and tried to wake Hobbit. As we waited patiently for the plane to reach ground level, I glanced through the window...
And there...I was given a first impression of what once known as the Pearl of Asia.
Doh, I need to snap out of my writing mode. I sense this will go on and on if only I let my memories go deeper. Yet, I have never been so eager to write about a place before. Without realizing, my trip to Phnom Penh took up 16 pages of my B4 sized Diary. And this is so not a diary.

Zic's prompt answer replayed in my head. "What if you cannot find us?" I asked. "The airport is really small one...Once the plane lands I could immediately see you one!" I took it literally until I noticed that it was partially true! The process after landing was actually quite similar to KK airport: Show your ID/Passport > pick up your checked in luggage > walk past through lousy security and you're out and hugging! 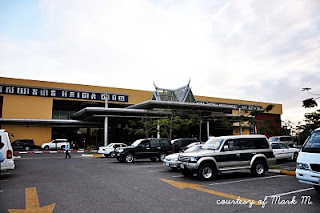 Phnom Penh's air felt a little like KK. Maybe I came at the right time when the weather was nice and pleasant. If not, according to locals, it would be very warm and humid. Hobbit and my dad stepped out of the airport noticing luxury cars and metal buildings; Steve and I took notice on the kind of rickshaws they have and the whole maneuver tricks amused us to bits! 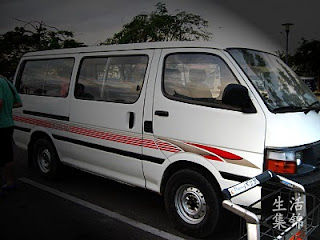 The whole gang arrived and from the airport we hopped into a very kind uncle's van that drove us to our middle-of-nowhere guesthouse: Sky Park Guesthouse (thanks to me *~*), dropped our luggage, argued with the front desk and left to the Mission compound aka. Rothana's home for dinner.

Speaking of dinner, I actually walked out the airport with KFC engraved on my hypothalamus. "If there is nothing else, KFC everyday will do." Hobbit and Steve agreed too but not my parents. How insulting to have thoughts like this but I wasn't ready to get sick like the many traumatizing stories and food advice I got before coming. 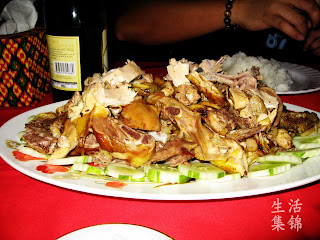 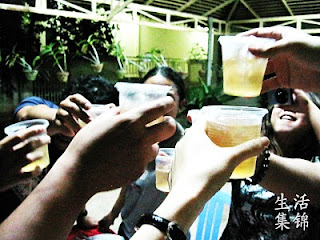 Dinner was served and everyone was hungry. We dug deep into the ayam kampung, had a few sparkling booze and the gold came out--Cambodian durian!! According to Rothana's dad, Cambodian durians are the most sought for if one is to buy durian in Cambodia. It is expensive and not many people know how to differentiate this durian with the many Thai durians sold in Phnom Penh. These type of durians have tiny seeds and very fleshy meat. I tasted and fell in love immediately. In fact, the topic of Cambodian durians became so hot that it dimmed the yum seng for a moment ! 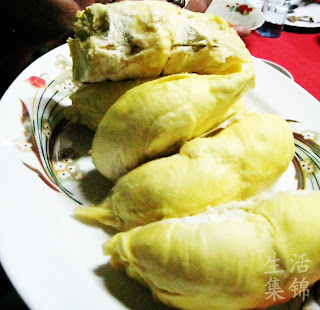 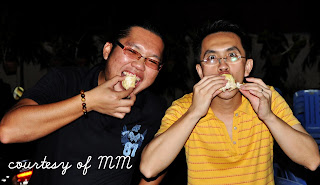 It was getting late so again the kind uncle van took us to the guesthouse while the boys continued with their "sight-seeing." My parents, Hobbit and I stayed in a comfy room for $20 deal. New and tidy, just that it was too far from happening places. Thus the foursome planned on moving before we rest that night.

So much so for a first impression I got before landing? I began to think that it wasn't as bad as what I first saw because through the short city drive we had before heading to the guesthouse, I was gazing incessantly on the street lights when suddenly I heard them whisper...There were more to this place than what you have just seen from up there. They spoke of truth because my days ahead sure got pretty exciting, also KFC tattoo on Miss Hypo slowly faded as my days unfolded!
Posted by Hobbit Wife at 8:48 PM

Hey Dawn,
Thanks but good news is, it's not all the time interesting-good. Many days it's also a combo of interesting-bad. Hope that we only look into the brighter side of life! God bless! :)