Then the next you must have a camera event was up--School Retreat. I had no choice but to bring my black dot camera. I took minimal pictures until the last day when Zico's unmindful zest made me think that I should take my camera out and later on edit those spot like acne treatment on photoshop. So I did and took several nice pictures with of course the "beautiful spot" in all of the photos. When we were back to school that Monday, he asked me to do the editing job and I was browsing through all the pictures we took and was thwarted in hope, totally! While Zico was waiting for the pictures to be edited, I was heated up by all the spots I see and thus did this instead: 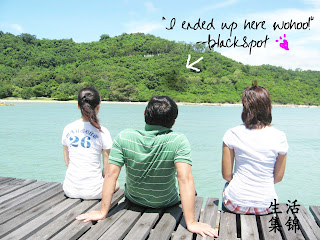 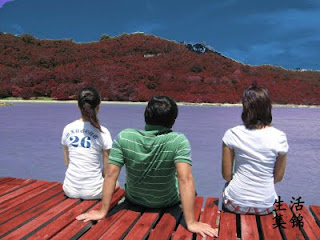 to this! I call this picture Burnt.
The zoom in part is worst. The spot totally resembled a sun when directly shot upward towards the open sky like this... 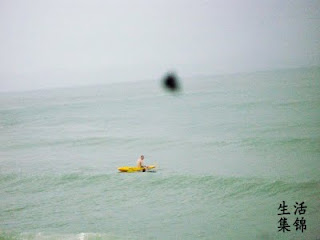 Picture: The prince who rescued his Rapunzel with a yellow kayak :)
So yesterday I went to MBK after school to hopefully erase Mr Spot from my camera and never to be seen again. However, when I reached the 5th floor of where the Canon service center is situated, the lady quoted a price of about 3500B not for the cost to fix the problem but to replace the whole camera lens! Preposterous I thought that I quickly claimed the camera back and went home. After several headache relapses, I think I should. I should just let them change the lens and pay for the price. Should I or should I not?
Posted by Hobbit Wife at 10:42 PM