It was 6am this morning when our alarm clock went off. The weather transition has made me curious every morning and play the prediction game to whether it would be cooler, hotter or just nice. Then lately chipped into the game was the pollution and fog news. So this morning I decided to monitor and watch what the weather has in stored for me once I pull the blinds. With my hair messed up, I stared out of the window in awe. I've never seen anything like this here in Bangkok. Was it that my vision was failing or that the world in front of me had disappeared? In my midst of confusion, I woke Hobbit who was still rolling endlessly on the bed trying to stretch himself to the morning rhythm. Well, not really, I just said Holy Cow and that made him jumped out of bed and went closer to the window. We were gawked by the thickness of the fog. 0 Visibility. It's unusual in Bangkok. So I thought to take a before and after picture. The before was taken at 8am and the after is at 9:30am. 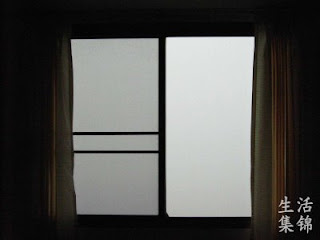 *through my bedroom window 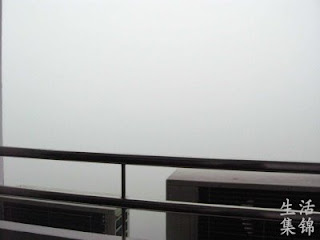 *view facing the city from my window 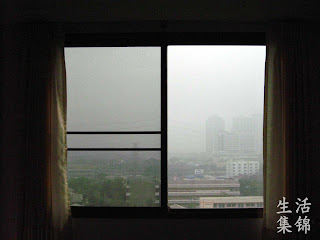 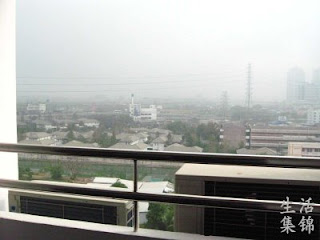 Three days ago, the fog had disrupted 9 planes from landing at the Suvarnabumi airport. Today, several planes had to land at the old Don Mueng airport instead of Suvarnabumi. I guess the visibility for landing is better at the old airport huh? Poor those pick up people...They have to travel all the way to Don Mueng to pick up their passangers. :)
Posted by Hobbit Wife at 10:00 AM

Man..that fog is bloody thick. Makes me feel suffocated by just the sight of it.