Two weekends ago, a group of our recently revived Masterguide club decided to have a one day mini camp at our very own Mission compound aka. TAM/BACS. As a once-lost-and-now-am-found masterguide member, I for once was somehow excited as I have not joined such fun and adventurous camp out way back since college days! So I thought a day camp out should be sufficient to bring back some fond memories of my pathfindering years! Somehow Hobbit have the same thought too that was why it really got us into it that right after leaving our Masterguide club meeting, we quickly went to The Mall B and got ourselves a decent tent just for this occasion!
To cut a long story short, both of us got really busy that week that we had no time to even look at our type A uniforms that had been hidden and tucked inside a big bag with all the pins and honors wrapped in between the shirts. By the time I thought about it, it was already late Tuesday and the camp was the coming Friday evening. Shoot. A double shoot to big and old uniforms!! Seriously, these uniforms were all L and XL in sizes when we were about to be invested a few years ago. We had no choice but to get L even though all over us were spelled "petite!" Anyway, we badly needed new uniforms for the old one also had certain "old" smell stuck to it.

Next day Wednesday, I contacted all those who needed new shirts and asked those guys if they could get one for Hobbit and I too! Well, hitch-a-ride wasn't the answer. I had to literally walked to one of the nameless Soi in Phrakanong to buy the shirts! Sadly when I got there, there were only one left and the size was M and M was still big as it would've suit the tag L better! I took their contact number and asked a friend (who spoke fluent Thai) to call and asked if they could provide us with S just the next day (Thursday). They could and that friend got it late evening.

Friday, school was off for teachers grading day. Went early to school with a bag of sewing stuff and the uniforms; completed medical checkup and put off grading so to give way to sewing all the patches for the uniforms. Two uniforms!! Got some help from Zic, who messed up with some stuff that we ended up wearing things upside down in the camp. Haha! 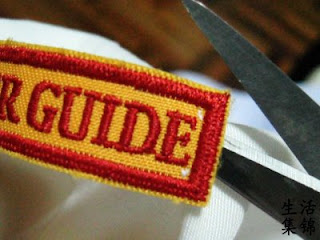 We came to the camp site quite late but managed to witness the induction service. No pictures - camera died out. Pitched our tents and had a lovely restful evening! 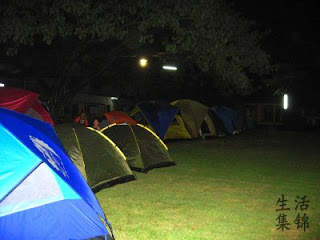 We were quite worried when it poured at around 3am. Most of the campers around us either moved out or dragged their tents to solid rocks. We remained where we were - flood prone area (ask everyone who lives in this compound, they know FLOOD). Just as we said our prayers, the rain pitty-pattered and finally stopped. Amen! 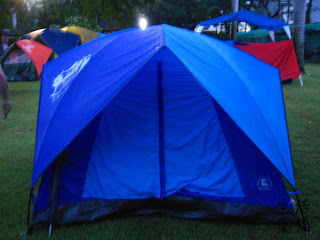 Next day, early morning at around 5:40am, auntie D called and asked if both Hobbit and I were interested in a civilized morning shower. By less than 10 minutes, we were already enjoying tap showers in SC Mansion. Back to the camp site, had worship and great breakfast. Everything tasted good in camps like this. One of the few things I enjoy. :) 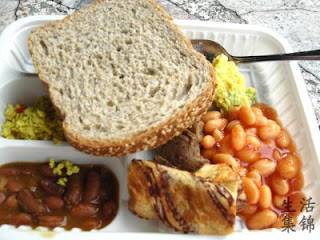 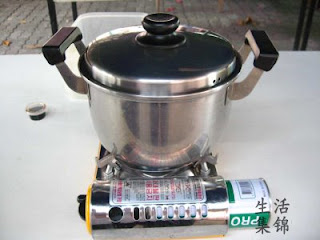 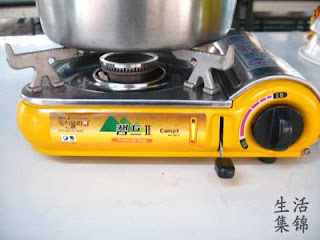 Sabbath school . Short discussions and skits which perked us up despite the heat. I was drenched in my own sweat the whole day! Yuck! Enjoyed Pr. Sam's talk for divine. 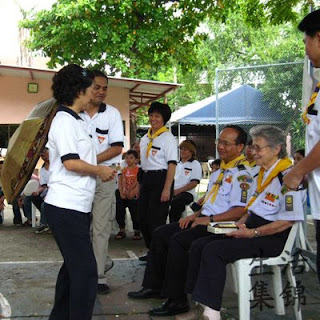 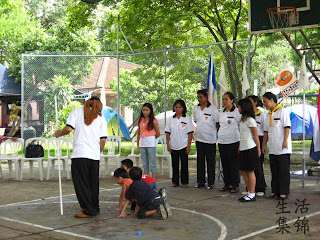 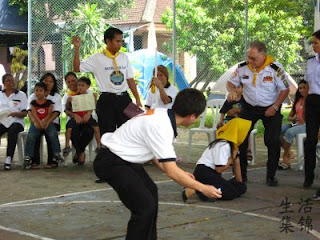 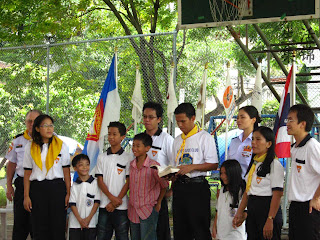 Then it's lunch! Drove to the comfort of J's apartment with lentils, salted fish, chicken curry and hot pickles! Felt so much better after the cool down. 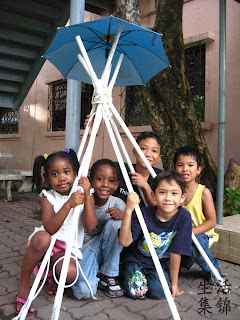 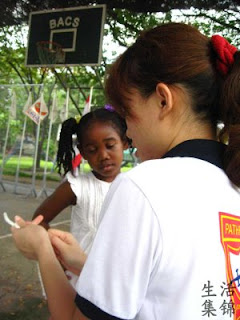 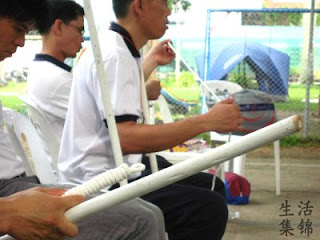 Afternoon's activities started with a treasure hunt followed by knots & lashing. I could see most of the members including the kids enjoyed the noon right into the evenings where we closed with worship and light dinner. 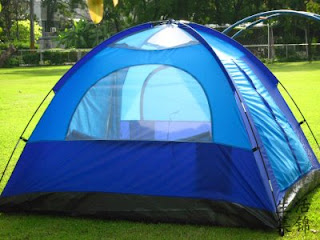 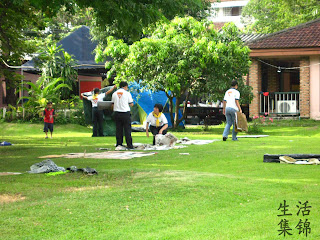 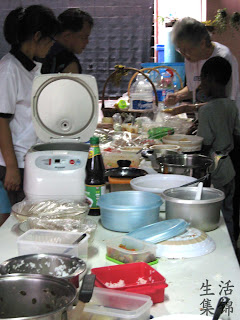 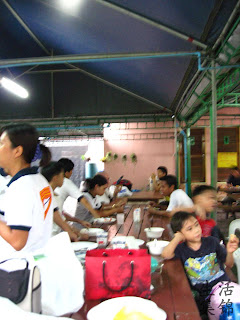 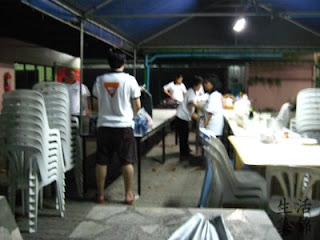 I wouldn't say it was a perfect camp out for I wasn't really ready for it and with everything going on at the same time, it wasn't easy to really focus on the preparation. Nevertheless, this camp gave most of us a good change and maybe new perspectives as we continue in this ministry. Thus, I have to say we had quite an 'adventurous' one after all! *_*
Posted by Hobbit Wife at 8:54 PM

Email ThisBlogThis!Share to TwitterShare to FacebookShare to Pinterest
Labels: Events

whoa, that's cool! thanks for sharing your weekend experience. :P Im glad you guys had fun!